Anyone who knows me, knows I'm a creative person, and I thought I was a pretty good bartender.

Until my preparation for the 2016 USBG George Dickel Competition.

I started researching the whisky itself and it's origins, the man behind the whisky, the flavour on the pallete, the nose. I immersed myself. As I rambled around the internet, I started checking out what my competition might bring to the table. I'm talking about the ever intimidating Molecular Mixology.

I envied their talent,

and I started taking a hard look at my own skill set,

I know how to make homemade bitters, infused alcohols, cool garnishes and such,

But I've never really pushed myself to learn those advanced techniques mostly because I've always worked in a typical neighborhood bars. My customers typically include your everyday Joe who wants a PBR and a whiskey after a long day at work, the woman who just wants to unwind

with a Chardonnay, maybe get crazy and have a Cosmo.

I realized that I had failed my customers.

It is my job as a bartender (especially in a neighborhood bar) to translate and integrate all these incredible techniques into something that's not intimidating to the average customer. So next time Joe orders a whiskey, I'll offer him a fat-wash infused whiskey, or ask his female counterpart if she would prefer to try a French Cosmo.

Modern mixology is NOT just for hipsters, its for the people.

Check back soon
Once posts are published, you’ll see them here. 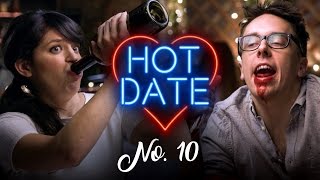